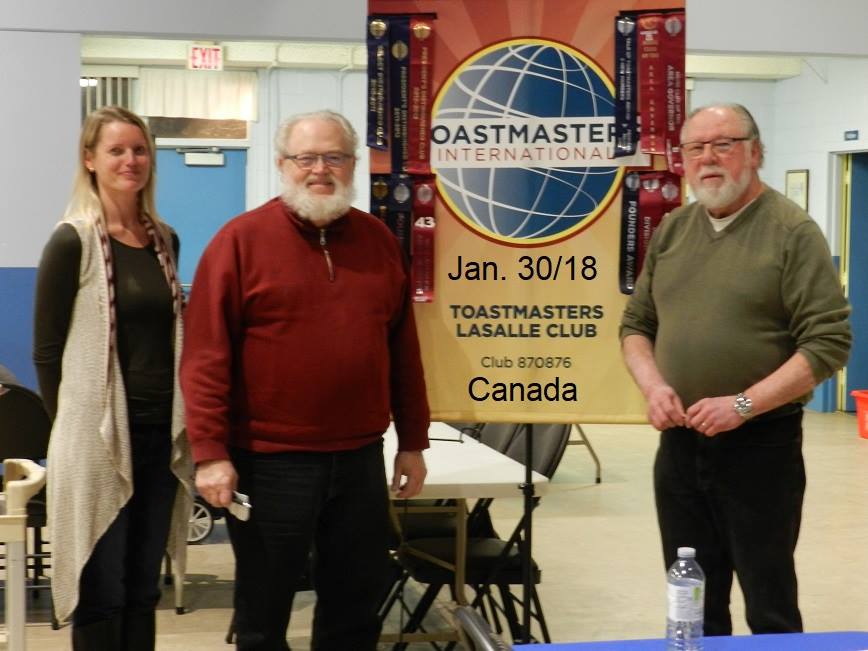 Make good on your commitment to the Lord by preparing to share your experiences with those who might not understand how you have survived your struggles. Always be ready to reveal why you have hope in this tumultuous world. — 1 Peter 3:15
In January, I had speaking engagements with two churches and an assisted living center in Ontario, Canada. While there, I made several visits to three Toastmasters groups in the Windsor area, just across the river from Detroit. If you’re like me, you’re familiar with all the stores near your home, but you don’t know much about the areas just beyond. I regularly attend my Fort Worth club at Bethesda Community Church, but I had never attended a different Toastmaster’s group, not in the city or state, let alone in another country.
Every group was a little different, not just in the location but also the meeting details. Except when we have Open House, my club works on a sixty-minute schedule with no break. The clubs I visited met for ninety minutes each time, with a break before the evaluations. I’m used to a printed agenda handout, but one group set their agenda on a large marker board at the front of the room. Instead of an Ah Counter, they called upon their Wizard of Ahs for the evening. Each group had a Joke Master to attempt something funny, and I did laugh once.
As I anticipated, every group was different because of its unique mix of people. Some men wore coats and ties, as if they had just come from work. Others looked like they had just walked in from a long jog in the park (I can’t imagine that happening in the snow). And most were more like me, somewhere in between.
I speak Texan, which probably explains why I won the Table Topics prize at one meeting. My brother-in-law, who visited with me, says the dogs in Texas have a unique bark. He should know, since he’s Canadian. I doubt he’s right, but then I haven’t talked to any dogs, not at a Toastmasters meeting in Texas or in Canada.