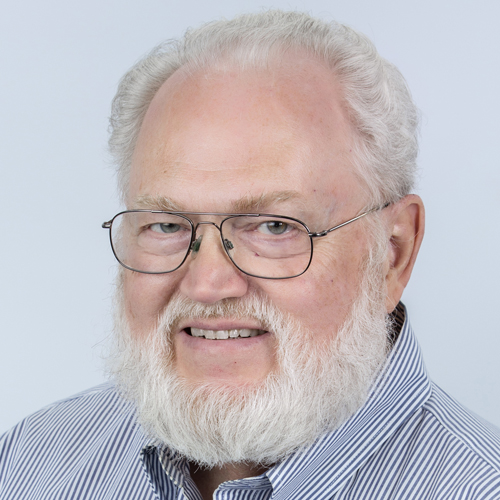 After thirty years of computer programming and business administration, I abandoned the technology I loved most so I could pursue what I hated most: writing and teaching. Why? Several vivid dreams led me to believe God wanted to change my direction. No matter how difficult that journey was, it had to be better than my own way. Therefore, in the twenty-five years that followed, writing and teaching became my greatest treasures in life.
I learned that if people want to experience God and fulfill the Great Commission they need to tell their life-changing stories. Well-crafted stories deliver an experience of truth that the audience can’t reject. Also, the storytellers’ lives are changed. Christians acquire a new delight in being used of God to feed the multitudes that didn’t know what they were hungry for.
The Bible describes the powerful arrival of the Kingdom of God and the casting down of Satan by people who overcame by “the blood of the Lamb and the word of their testimony.” The storytellers’ experience was so satisfying that they were willing to give their lives for the message (Revelation 12:10–11). For centuries, churches have preached the blood of the Lamb. But we might have missed the next important part: a ministry to help Christians tell their stories.
That’s why my Twitter handle is @ManWithTheSCOOP and I wholeheartedly support “Your Story for God’s Glory.”

Frank Ball is one of the most gracious people I’ve ever met. His concern for others and time spent helping writers improve their craft and communicate their message is a perfect example of a servant leader. Any pastor or ministry needing help developing their story would be fortunate for the opportunity to work with Frank. — Athena Dean Holtz
Servant leader describes Frank best. He moved me beyond my comfort zone from a reluctant writer to a contributor with Chicken Soup for the Soul, two other anthology books as well as blogging for Christian Communicators and Go with Vision. Frank consistently walks the extra mile besides those who call upon him. — Carolyn K. Knefely
If you know Frank, you already know what he provides. If not, then you need to connect with him. He works more than anybody on this planet and calls it vacation. His book, Eyewitness: The Life of Christ Told in One Story is a definite read. — Brad Ball

Writer, speaker, counselor, thought provoker, and weird dreamer who thinks he will one day snow ski a left and right track past both sides of a tree.

Frank Ball was born in Kansas and became a naturalized Texan after moving to the gulf coast in 1954. After high school graduation, his forty-dollars-a-week salary as an office supply deliveryman required careful management. Half went to help support his parents, three younger brothers, and two sisters. The rest paid his ten-dollar-per-month car payment, filled the gas tank for less than 20 cents per gallon, and left a little pocket change for fun. Success came the old-fashioned way. He earned it.
Computer programming and business administration paid the bills. But in 1992, he began to abandon that love to pursue excellence in what he had most hated—writing—so he could compile a story for people who had heard of Jesus but didn’t know much about what he said and did.

For ten years, Frank Ball directed North Texas Christian Writers to help members improve their writing and storytelling skills. In 2011, he founded Story Help Groups and joined the Roaring Writers ministry seven years later to encourage and equip all Christians to tell their life-changing stories. He has taught at writer’s conferences and churches across the U.S. and Canada. Besides writing his own books, he does ghostwriting, copy editing, and graphic design to help others publish high-quality books. As Pastor of Biblical Research and Writing for three years, he wrote sermons, teaching materials, and hundreds of devotions. He coaches writers, writes blogs, and is a panelist on The Writers’ View. His first book, Eyewitness: The Life of Christ Told in One Story, is a compilation of biblical information on the life of Christ in a chronological story that reads like a novel. His most recent release on Kindle Vella is Born Blind: Voice of a Visionary, a novel about a first-century Jew born blind, a curse in his society. His current nonfiction project is The Discussion Bible with thousands of unanswered discussion questions to stir people’s thoughts, with the Bible’s first five books, Psalms and Proverbs, and the New Testament now available on Amazon. To help writers, he wrote Storytelling at Its Best, a practical guide for effective storytelling.

Frank worked in the business world for forty years. Titles he has held are Salesman, Sales Manager, VP of Sales, Executive VP, Computer Programmer, Systems Analyst, VP of Information Systems, Purchasing Manager, Personnel Manager, and VP of Production. In all his years in business, he spent nights and weekends doing biblical research, teaching, preaching, and counseling. In 1996, he became a part-time writer seeking to tell the gospel story in a way that people who didn’t read the Bible would know about Jesus. Ten years later, he became a full-time freelance writer, teacher, and speaker, encouraging people to discover their stories and learn to tell them well.

Frank is a widower since 2003, when his wife of thirty-seven years died of primary pulmonary hypertension. He has three married sons and seven grandchildren. He lives in an upstairs apartment, built in the huge attic of his oldest son’s house in a Fort Worth suburb.